What are the essential features of a good freestyle quadcopter? The list can be long and subjective, but for me, it comes down to the following:

Before I bought Armattan Rooster, I tried to fly freestyle with a DemonRc Fury 5X frame. It was a mistake. Although Fury 5X was advertised as racing/freestyle, it sucked at freestyle: bottom battery mounts and no good place for a GoPro. Everything seemed better than Fury 5X, and Armattan is making good frames, right?

The most noticeable feature of a Rooster is its metal cage for the full-sized FPV camera. It not only looks sexy as hell but also serves its primary purpose: protects the camera from all the hits and all the angles. The only chance anything could happen is when something hits the lens directly from the front. In any other angle, the camera should be safe.

The place for an HD camera like a GoPro is on the top of the cage. The default way is to use a Session-like camera and a strap to hold it in place, but using a 3D printed TPU mount is a much better choice. There is a small carbon plate that can be used to hold TPU print tightly in place.

The frame itself has a low profile. There is enough space to fit either a flight controller with a PDB and separate ESCs or a flight controller with a 4-in-1 ESC board. VTX and radio receiver fits nicely in the rear and an FPV antenna with an SMA connector. There is just enough space inside. You do not have to be very creative to fit everything you need, but some thinking and planning are required.

Overall, Armattan Rooster is a pretty cool frame with a one rather serious flaw that surfaces itself in units from the first batch: moving arms. Yeap. Milling tolerances were too loose, and holes are slightly too big. As a result, arms can move and "snap" during flight. It's not causing any serious problems, but the snap is audible and both FPV and HD footage can catch it. For a frame that was above $100 when it appeared on the market, that is almost like a faux pas. 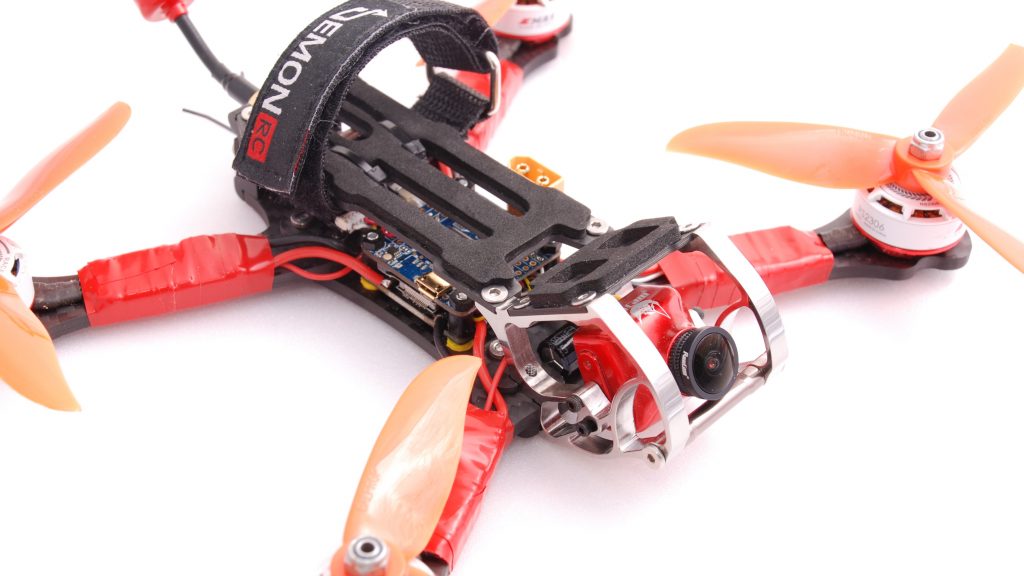 Still, I was using my Rooster for around one year until I switched to Armattan Marmotte. But that's an entirely different story!