You build a few 5-inch racers or freestyle FPV drones and now you want to try with 7-inch quads? Good for you! I love 7" machines since they can fly long, fly far and boy, they can climb! After all, those propellers can deliver some thrust. 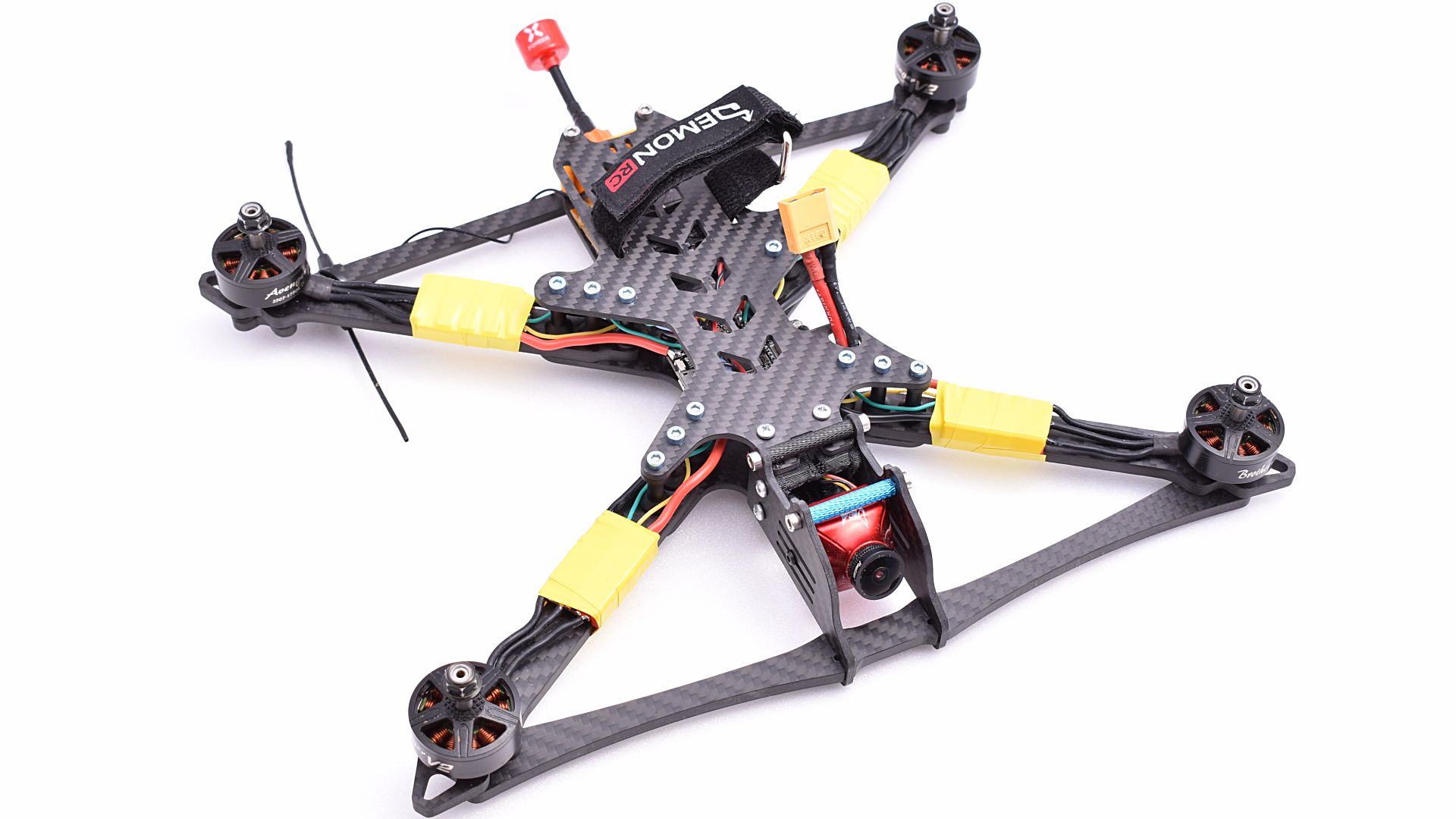 However, before you begin, remember that building a successful 7-inch quadcopter is harder than you might expect. No, it's not because they are harder to assemble or electronics are harder to solder. It is because pilots often assume that 7-incher is just a 5-incher, only with bigger propellers. I was thinking like that in the beginning and trust me: I paid hard for that. Paid in frustration and with money.

Here is a list of the most popular mistakes pilots make when working on their first (and often a second or even third) seven-incher.

It only needs longer arms

Yes, for obvious reasons, 7-inch propellers are bigger than 5-inch propellers and to fit 4 of them in a drone you need longer arms. This is obvious. However, it is not a full story when vibrations are involved. 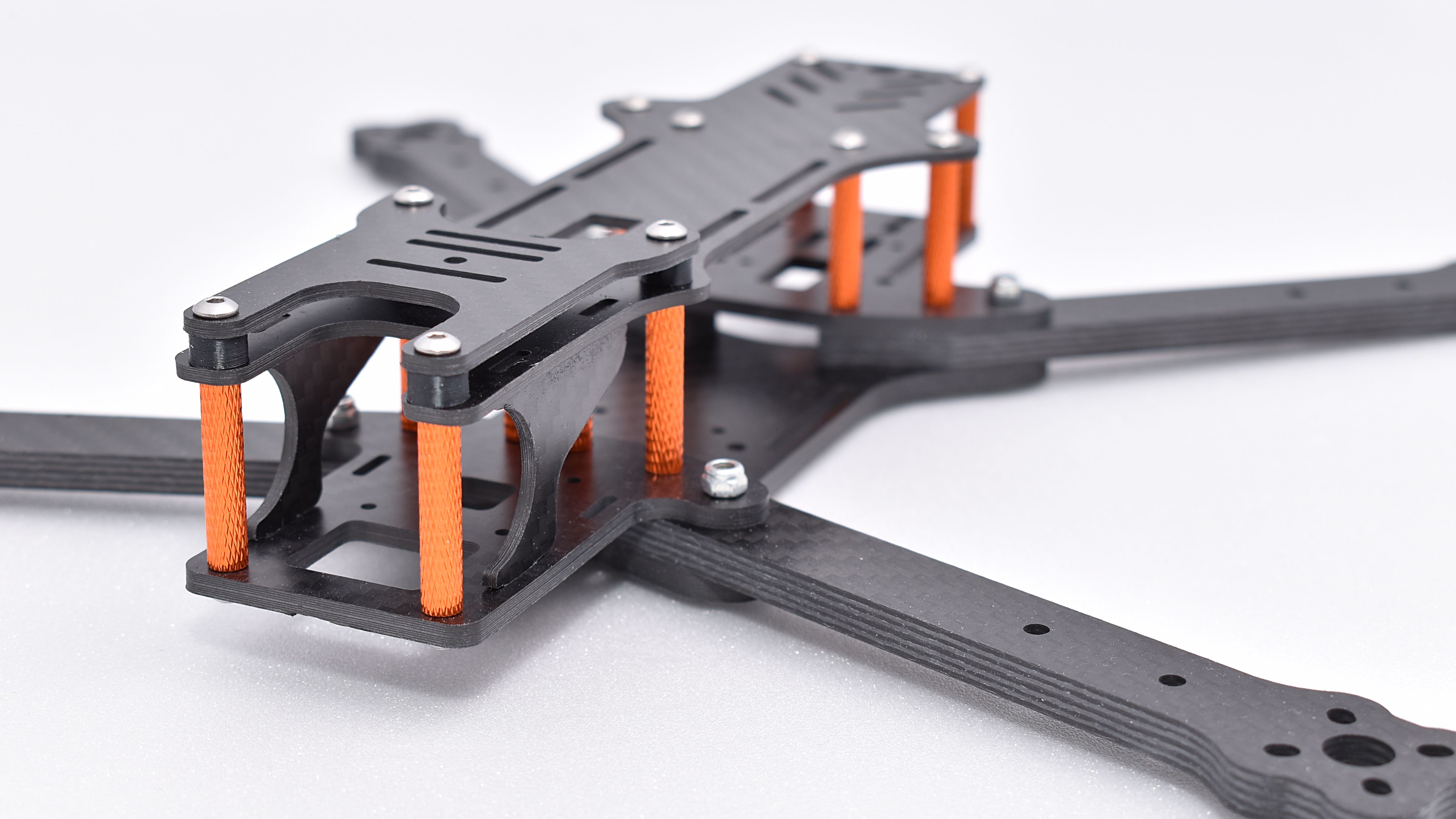 Vibrations make drones fly bad and it's a fact. What many people forget is that motors and propellers are not the only things that can vibrate. The carbon fiber sheet can vibrate as well. If vibration frequency matches the resonance frequency (modal frequency) of a body, vibration amplitude will be amplified and can cause the whole body to shake vigorously.

In general, the longer and thinner the body is (moment of inertia), it's resonance frequency will be lower, it will be more flexible and vibration amplitude will grow. This is why simply making the arms longer on quadcopter results in stronger vibrations in a frequency range that results in jello and shaky flight.

I'll just reuse motors I have

No. Just no. Forget about trying to use 2205, 2206, or even 2306 motors with 7-inch propellers. They will spin and generate thrust. Sure. The quad will even fly. It will not do one thing tho: fly smooth. Why? Say with me: physics. 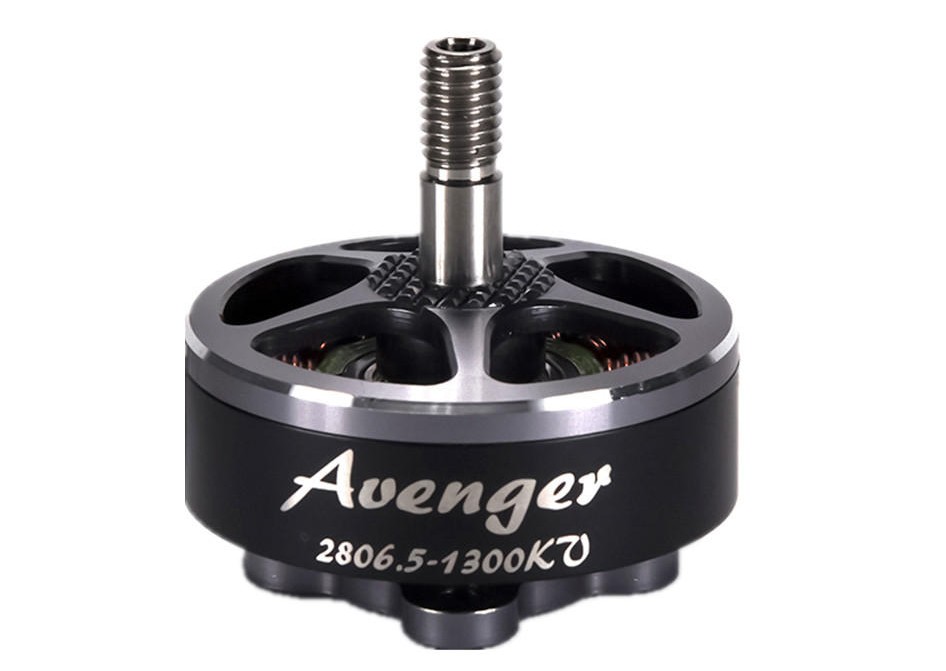 The torque of a motor, on the other side, depends on its size. Bigger motors have more torque needed to overcome the moment of inertia. Bear in mind, that lowering KV does not really solve the problem as at the end motor will have to deliver the same amount of power and spin with the same speed as the one with higher KV. And then, a benefit of a better current-to-torque conversion is negated by the drop of torque with speed.

This is why motor size 2507 is probably the minimum. Only big enough motor can deliver enough torque to allow for a smooth flight on 7-inch props. The first sign of a too small motor is a "pitch bobbing": quads drops a nose during a level flight and then recovers to drop in again a second later. It's a sign motor can not change the thrust as fas as the flight controller demands it. Motor size 2208 has a chance to work, but I would not really recommend it. Just stick with 2507 or bigger.

I need plenty of KV

Yes, you need KV, but not too much. The reason is quite simple. The higher the KV, the motor gets more power-hungry. If you exaggerate, it will eat the battery at an incredible pace. On the other hand, too low KV will take away all the fun as there will be not enough power for flips and rolls. What you need is a compromise. Take a look at the table below:

Any 7-inch props will do 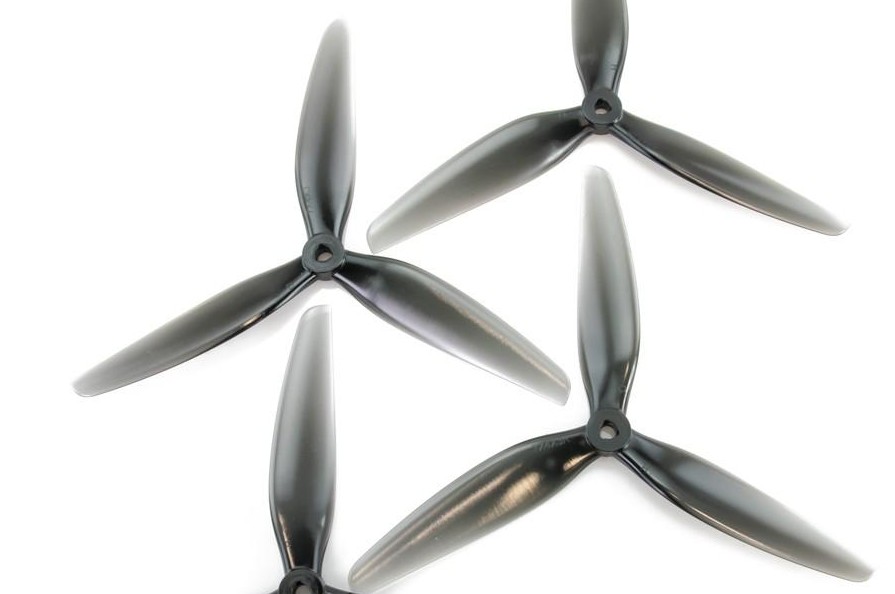 First of all, forget about 7-inch props designed years ago for airplanes. All the APC like or the ones shaped like paddles. Not only they are poorly balanced (will vibrate like crazy), they are also very heavy, have a lot of moments of inertia, and a lot of drag. Your quad will fly, but you will not be a happy pilot. In my humble opinion, the best 7-inch propeller currently is HQProp 7x4x3 V1S period.

hose are the most common mistakes made when building a 7-inch quadcopter that can be easily avoided by doing some research. Check the links below for some inspiration when looking for proven components that will just work!