The bigger the R/C airplane is, the better it flies. Not only heavier but just bigger. With the increase of wingspan, the flight becomes smoother, the wind has less effect, and you can enjoy the trip instead of continually fighting with turbulences. Of course, there is a price to pay. The bigger the model gets, it's harder to transport, harder to take-off, and in case of crash damage will be significant. From my personal experience, a flying wing with a wingspan of around 1m or 40" is the best compromise between portability and flight characteristics. They are still relatively easy to move around, even without a car (some can also be just attached to a backpack). 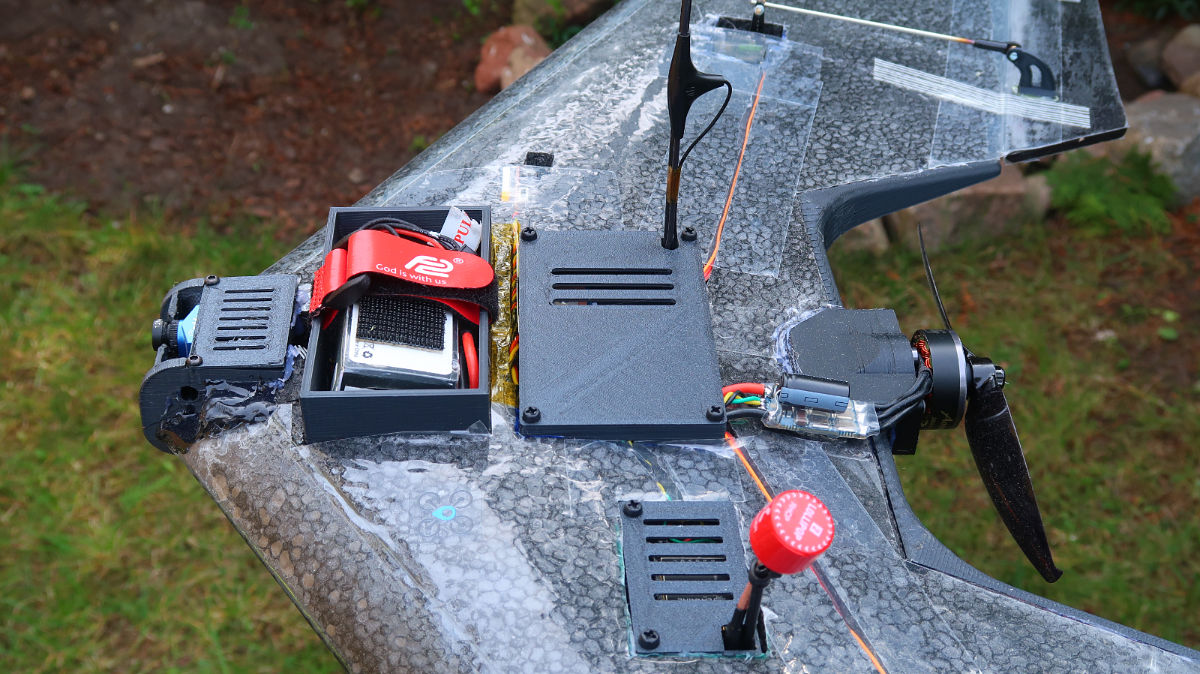 Of course, the 1m/40" is just a guideline. Some smaller wings fly great, and some bigger that are still easy to handle. Today, let me show you my "around 1m/40" flying wing built from a foam cut by one of my colleagues. You rather will not be able to buy the foam if you do not live in Poland and do not know the right people. Still, it's a nice compact FPV flying wing with HD recording capabilities that can be used as a inspiration for other builds.

The wing itself, the Black 90 is exactly 90cm/35,5" wingspan and is built mostly with parts designed for multirotors. I'm not counting servos of course. But everything else can be found of 5 and 7-inch quadcopters.

The interesting element is a flight controller. Matek F722-PX is a combined airplane/multirotor flight controller based on STM32F722 MCU. What makes it different from the majority of competitors is: 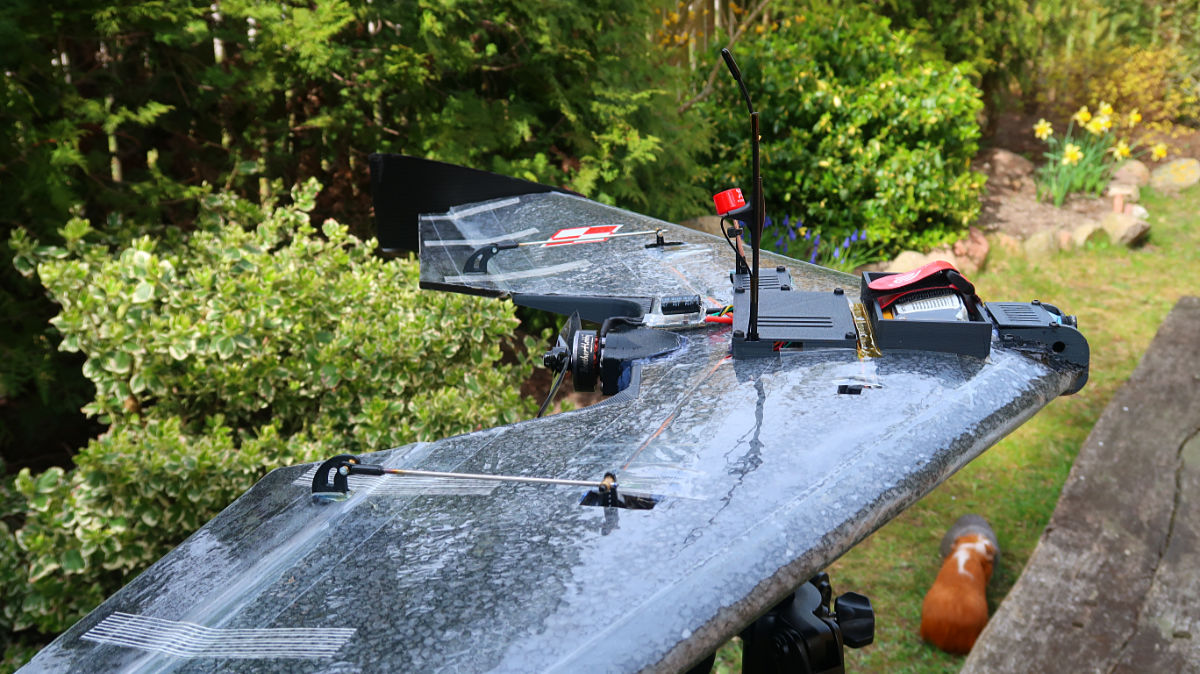 Another exciting aspect of this build is a powertrain. It turns out that motors and propellers designed for 7-inch multirotor drones work pretty well with compact flying wings! The combination of a Brotherhobby Avenger 2806.5 1700KV motor and GemFan FLASH 7042 two-bladed propeller is efficient enough for cruising with 3A current draw. However, if you open the throttle to the max, this flying wing reaches 150km/h! Not too shabby for a powertrain from off the shelf components! 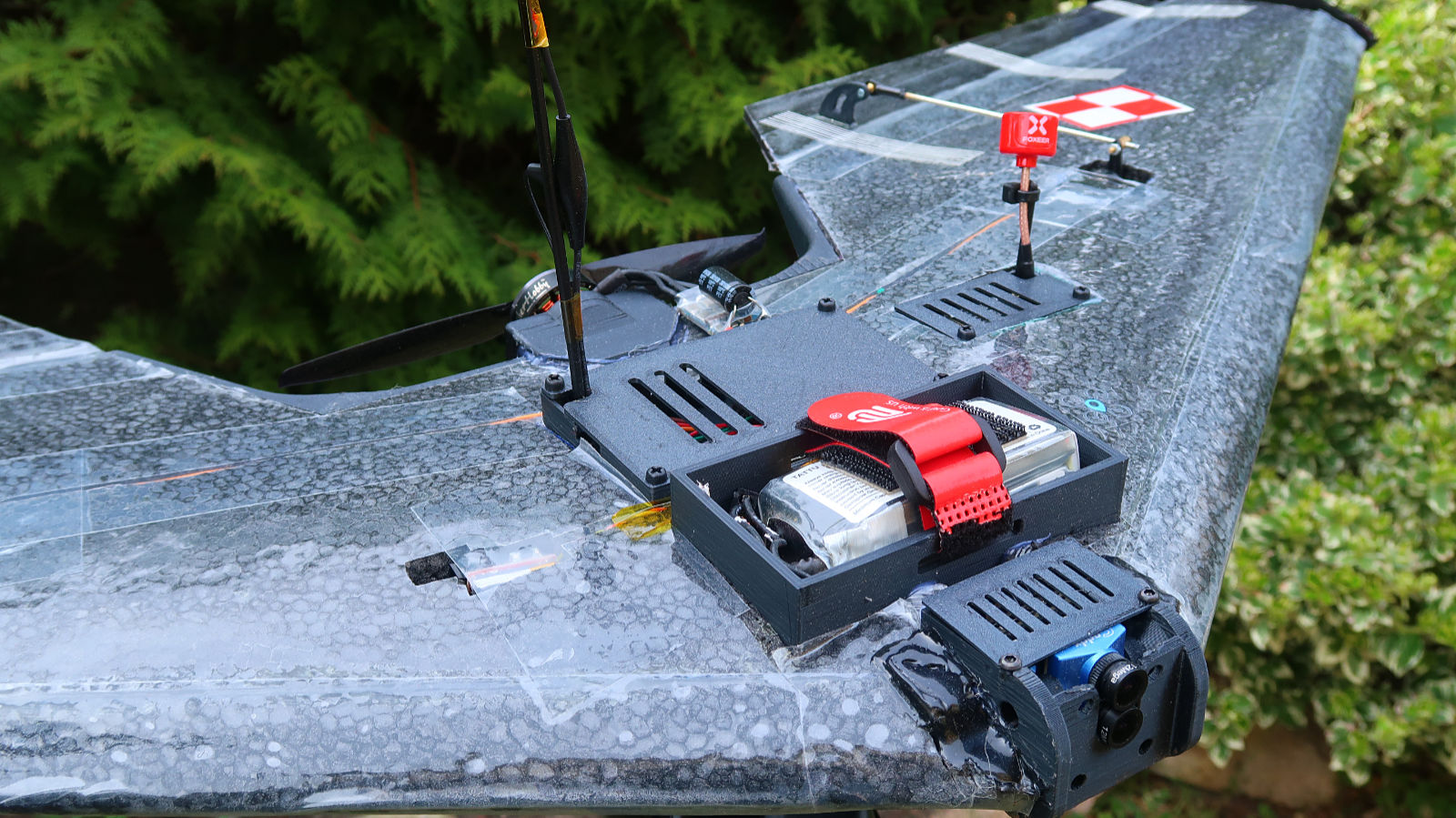 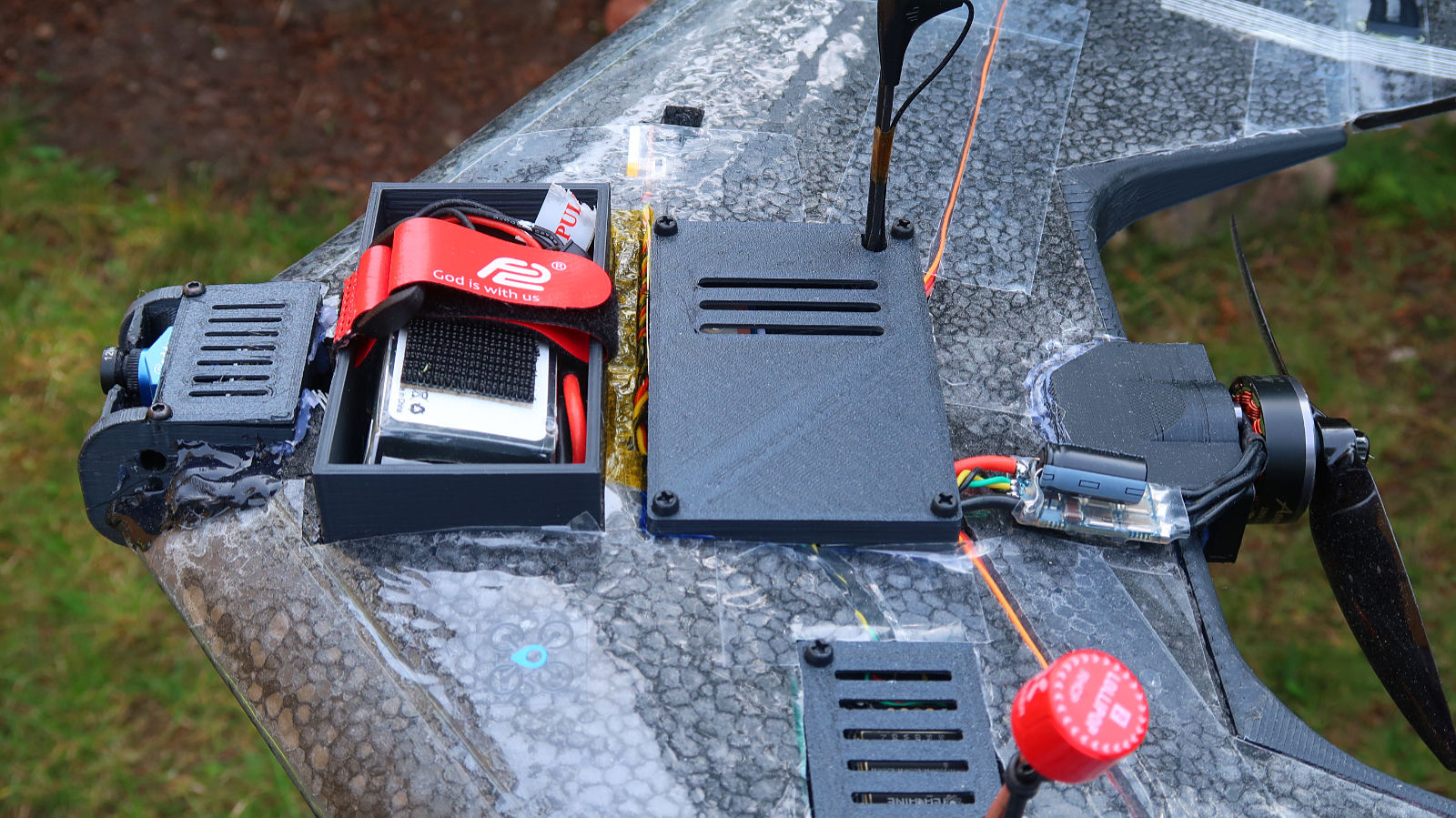 Bear in mind that this flying wing is not really designed for long-range FPV! 1500mAh 4S LiPo is too small for that, VTX and lollipop-style FPV antenna does not give it too much of a range. The main concept behind this build was a short-range FPV freestyle, not going for any records.